Been really sick to do anything this past month.
Slowly inching towards getting better.

So thought it would be a good idea to get my brain working, even if slowly.
Safari on my Mac has finally turned into a burning pile of shit.
No extensions allowed.
I hate this neglect of an awesome platform.
And I hate that they are making it into something that nobody wants, except for some fat cat in an ivory tower.
So where was I? Oh yea, no extensions.
Which means no uBlock Origin.
Which basically means Safari for all its speed and efficiency is now as unusable as a dog turd.

Which made be remember the Banana Pi.
It was my feed server.
And then I moved that to another machine.
So the Pi now is a Pi-Hole.
Blocks most garbage.
Works pretty well.
Not uBlock Origin well, but it is definitely a relief to just have something that can serve all my devices at the flick of a switch.

Let’s see how this experiment goes. 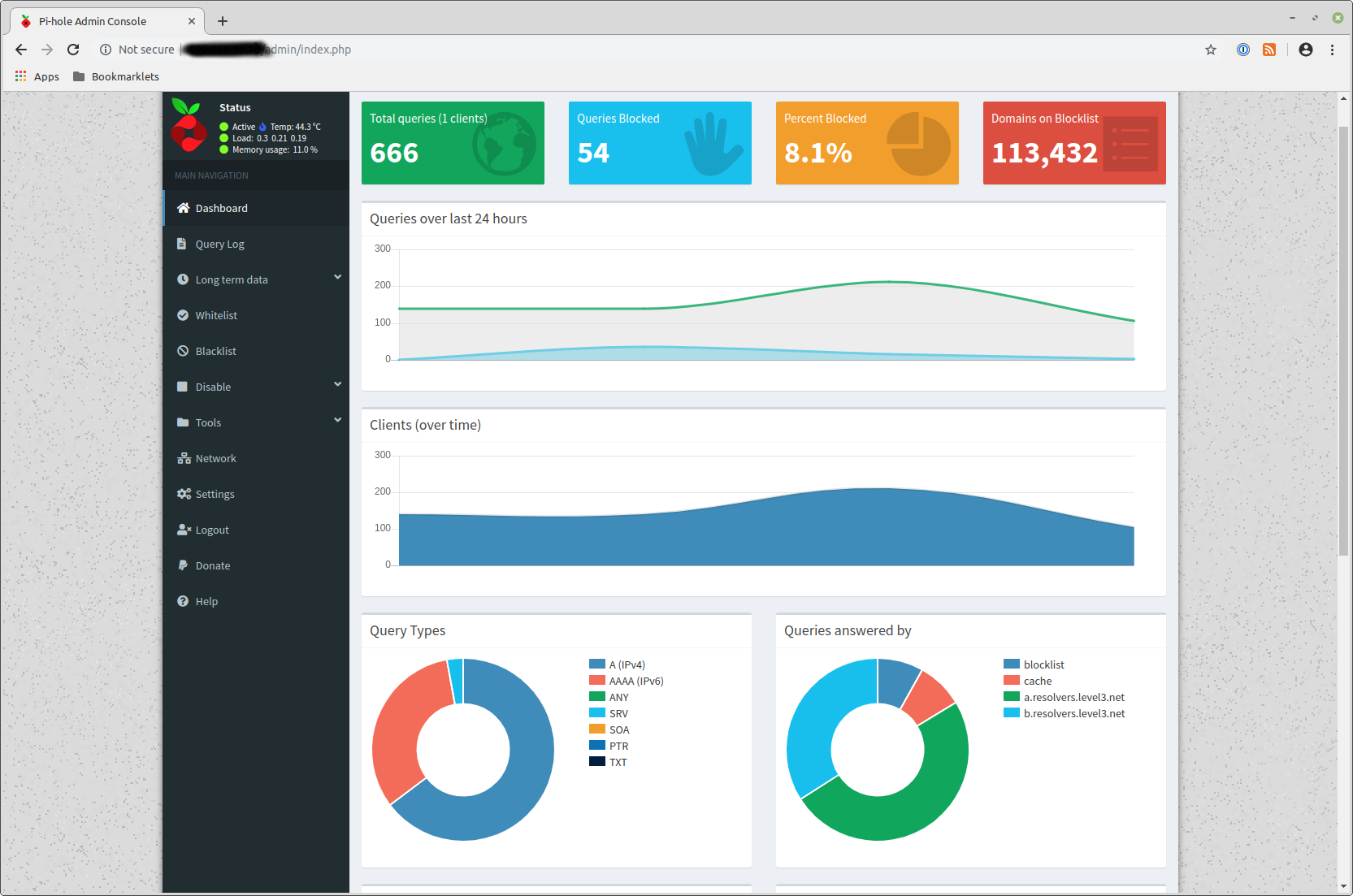