Was at the doc, unexpectedly most of the day today.
So could not do much.

Decided to familiarise myself with the basics of SQL by watching this series.

Am done with the Corey Python Playlist.
This is what, me and my battered brain feel like. 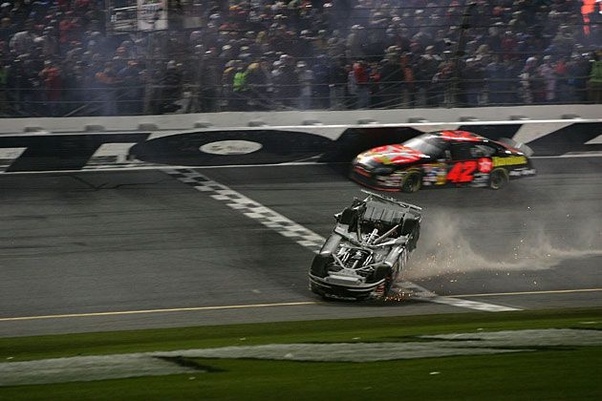 Getting back to actually writing code, tomorrow onwards.
Corey’s tutorials are extremely helpful.
They helped gain an understanding of Python, that I never thought I could, in a timeframe, I never expected. (even without the crazy binging, this is at most a month of video; and this could probably be the best investement, you could make, if you are a beginner like me.)

And obviously, I have only watched the videos.
I have hopefully understood most of them to some degree.
Mastery obviously will come with practice.

In the middle of the flask series now, and my brains have melted.
Will pick up tomorrow.

Only a few more videos done on the Corey run.
But those were important ones.

I finally got classes. Like got, got them.
And I learnt about subclasses and dunder methods and decorators and getters and setters and all that jazz.
And I understood it all.
And now when I sit to code or read other people’s code, it won’t be as frustrating.

And the more I watch and practice and read code, the more I seem to understand. Python seems to be slowly getting into my muscle memory.
A dam seems to have broken.
I don’t struggle as much.
(That could also mean, I am not reading complicated code yet :P)

Chugging through.
The weekend’s been busy with health stuff.
But did watch a few videos.

Had decided to play hookey and start up another personal mini project.
But went down the rabbit hole of how to set up arguments.

And everytime I research something Python related, I end up with one of Corey Schafer’s videos.
So I decided to run through his entire Python playlist over the next few days. Will try to do this quickly, skipping over the parts I do know.

Finally got the program done!
I wanted to write a program that would just get the latest comic from turnoff.us and save the picture to a file.

In the course of writing this little program,

This was really fun to do.
I see a million ways to take this dinky, little program forward. It could do the whole site for example or download only after comparing the state of the rss feed and fetching new entries etc. It has no error handling at all currently, and I prefer to have very safe, very conservative programs as a user. So lots of work to do. I leave all this for a later date though, while I now forge ahead with my #100DaysOfCode journey.
Getting back to the challenges of the course itself, tomorrow onwards.

Did a video session again today, since I came back late from the doc.

Watched videos about building a small d&d game, using classes.
This was fun :)
Working on the challenge will be exciting.

This is all I got for today.
Will work more tomorrow.

Watched the video on the upcoming challenge to learn testing code.
Sounds challenging.
There are classes and decorators, which I have not worked with, but just read about.

Will see how it goes.
The idea of test driven development though, seems right up my alley.

Extremely tight and busy day today.
But still made the time to watch the videos for the next challenge in the course.
As a matter of fact, I think this is what I should do.
If I am in office, I ought to watch videos.
And spend the time at home when I can coding.

What videos?
The next little project they have involves data structure basics.
So today’s videos took me through lists and tuples and dictionaries.
And with this, I call it a day.