If you haven’t already heard me raving about Hardcore History and Dan Carlin then you’re about to :)

Hardcore History is the world’s slowest podcast. The Accidental Tech Podcast, a topical weekly Apple news podcast that i listen to, started in 2013 and as of today, 16th January, 2019 is now on episode 308. Hardcore History, on the other hand, began its run in 2005 and is now on episode 65. I just checked the feed and Dan averages a measly two episodes a year.

In truth however, it makes very little sense to look at them as podcast episodes. Think of them as books. Medium length audiobooks. And then it suddenly makes sense. A book a year. An engaging history book, a year. For free!

Not that you’ll want to just stick to free anyhoo. Dan is superengaging and like so many folks say he makes history come alive.

After a few episodes, you’ll be begging to give him your money. The man is that good. And if you are so inclined, the entire back catalogue is available for purchase. My favourite is the Wrath of the Khans. 1

From the episode’s description:

The Asia-Pacific War of 1937-1945 has deep roots. It also involves a Japanese society that’s been called one of the most distinctive on Earth. If there were a Japanese version of Captain America, this would be his origin story.

Intrigued? Then go listen. And subscribe to all future episodes in your podcast player of choice, using this link.

You can thank me later.

P.S. The pic below is a glimpse of the research that goes into one, single episode. 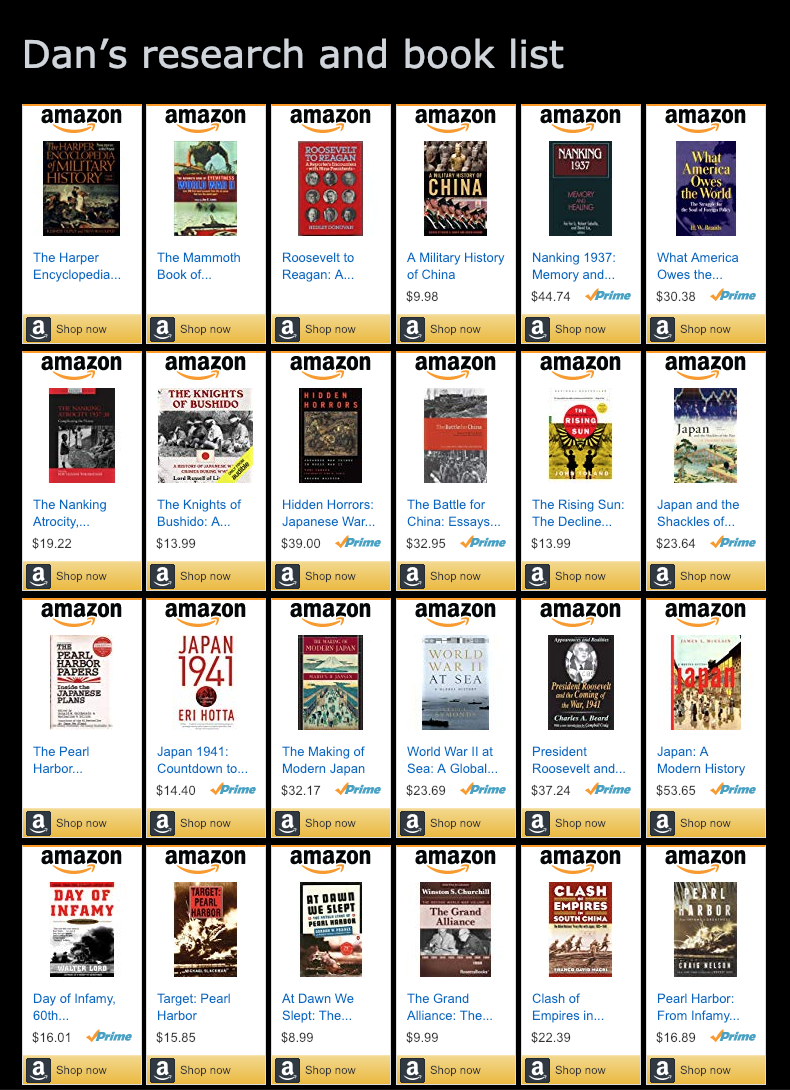