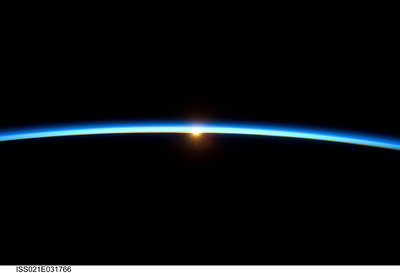 Welcome to the October work letter! :)
As usual, click the headers to wander off to the orginal articles.

Over at Ars Technica, Researchers think a planet lost its original atmosphere, and built a new one#

In general, we don’t currently have the technology to image exoplanets unless they’re very large, very young, and a considerable distance from the star they orbit. Yet we can still get some sense of what’s in their atmosphere. To do that, we need to observe a planet that transits across the line of sight between Earth and its star. During a transit, a small percentage of the star’s light will travel through the planet’s atmosphere on its way to Earth, interacting with the molecules present there.

So, researchers were probably surprise to find that, based on data from the Hubble, the planet seems to have an atmosphere.
How’d that get here?

Moderation in Infrastructure by Ben Thompson#

Read the more detailed interview, that the article references, here.

It was Patrick Collison, Stripe’s CEO, who pointed out to me that one of the animating principles of early 20th-century Progressivism was guaranteeing freedom of expression from corporations:

Exactly the same kind of restraints upon freedom of thought are bound to occur in every country where economic organization has been carried to the point of practical monopoly. Therefore the safeguarding of liberty in the world which is growing up is far more difficult than it was in the nineteenth century, when free competition was still a reality. Whoever cares about the freedom of the mind must face this situation fully and frankly, realizing the inapplicability of methods which answered well enough while industrialism was in its infancy.

This is why I take Smith’s comments as more of a warning: a commitment to consistency may lead to the lowest common denominator outcome Prince fears, where U.S. social media companies overreach on content, even as competition is squeezed out at the infrastructure level by policies guided by non-U.S. countries. It’s a bad mix, and public clouds in particular would be better off preparing for geographically-distinct policies in the long run, even as they deliver on their commitment to predictability and process in the meantime, with a strong bias towards being hands-off. That will mean some difficult decisions, which is why it’s better to make a commitment to neutrality and due process now.

This is an awesome piece, on the amazing longevity and entrenchment of Excel in the face of competitors nibbling away at and creating billion dollar companies from just a fraction of Excel’s capabilities.

Excel has been around a long time, so we can expect Excel to be around for a long time.

There are a couple of reasons for that:

Quality. Cream rises to the top, and only the strong survive. Part of the Lindy Effect can just be explained by the fact that some things are higher-quality than others, that people recognize and appreciate quality, and that over time, higher-quality things tend to outlast lower-quality things. If you put Aristotle’s The Nicomachean Ethics on a permanent bookshelf and had people choose between it and some modern high kid’s philosophical ramblings in an ongoing tournament, generation after generation would recognize that Aristotle is better, and Aristotle’s work would survive.

Network Effects. As people recognize something’s quality and as it lasts longer, they become more comfortable building on top of it, which increases the odds that the thing sticks around. That’s a form of network effect, specifically a Two-Sided Platform Network Effect. As Aristotle’s work persists, more philosophers build on top of it, and more philosophy professors build their curricula around it, which creates lock-in and makes it even more likely that his work survives for millennia hence.