Started with the problem,
Need to take in an md file and then generate an html file.

Hint given, use a package from PyPI.

Decided to use the Markdown package from PyPI.
Looks good to me.

Was advised to work off a branch while developing.
Thank God for friends who teach you good habits.
Looking up how to do that in git now.

Watched Git videos for about an hour.
Learnt lots about branches. Giving up for today. it’s 8 in the eve and i am tired.

Captain’s Log, Stardate something, something :P
Let’s see what the day holds.

Decided to pull the plug on the Do the Work blog.
While I wanted to use it for my tiny, crazy, work in progress thoughts, I find that it was increasingly being subsumed by my new shiny Mastodon.

And as the volume of things I write now scales up, I do not want another place to maintain.
I’ve migrated all my posts here.

Will use this blog for the long and medium stuff going forward. And the short, ooh shiny stuff is on my Mastodon account.
Read the kooky struggle there, and if you want a social account that does not do evil things to you, get an account yourself.

Thank you for coming along :) 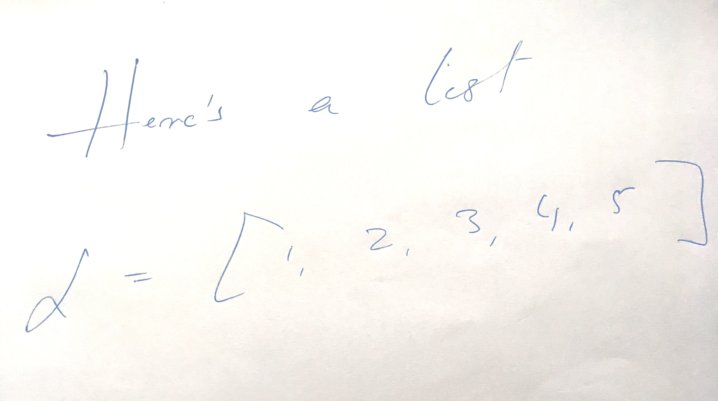 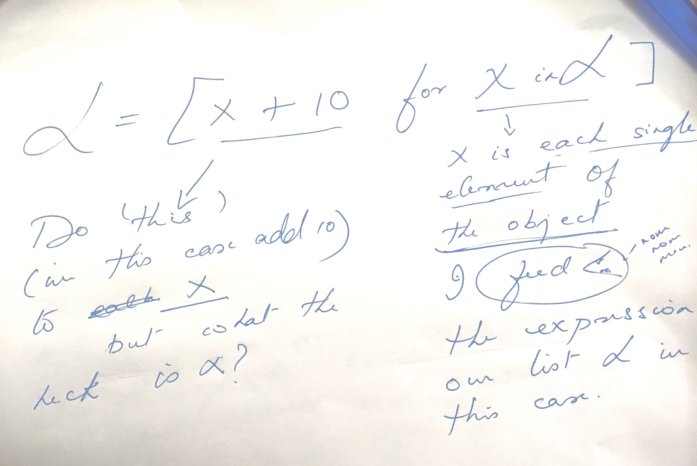 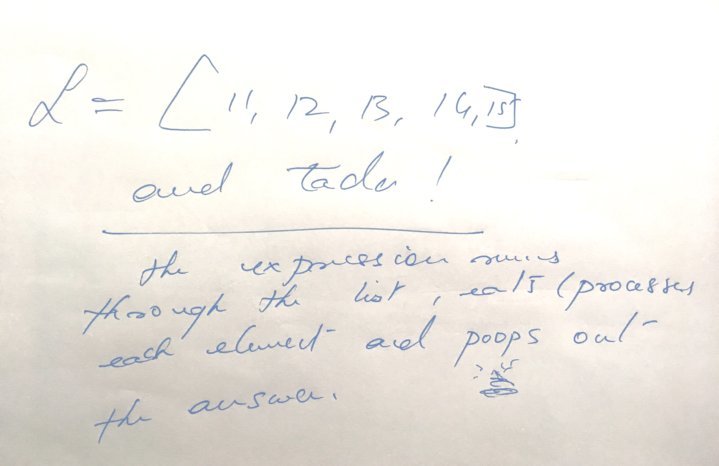 I reposted this, because I called comprehensions, expressions in the older post. Sorry!

Ok, really thrilled today.
Patting myself on the back.

Am happy because this is how I imagined myself learning in the first place.
Figuring out a problem someone has and then figuring out how to help them.

Also happy, because this makes me more confident.
Having gotten over the hump of my first program, I now am looking forward to doing more, instead of being apprenhensive about how to do it.

P.S. The problem was to process a summer training log file and print out, how many words, each participant spoke.
The code’s here, if you want to see it.

Seeing as you folks are reading my newsletter, I know I am preaching to the choir, but this article, summarises my thoughts on social media excellently!

from the Art of Manliness,

At first, it wasn’t so bad. But then I started noticing that I wasn’t seeing all the updates from pages I followed on Facebook.
Come to find out, Facebook started changing their News Feed algorithm so that only the content Facebook thought you’d be interested in the most showed up in your feed. Facebook claimed they were just trying to help users sift through the firehose of information being blasted at them. Critics argued Facebook was just trying to keep people more engaged on Facebook because that makes money for Facebook. And that they were trying to force pages to pay money for their content to show up in the News Feeds they had once shown up in organically.
I was just ticked that I wasn’t seeing all the stuff from Facebook pages that I had deliberately opted into getting updates from.

Twitter added changes to their algorithm that boosted tweets to the top of your timeline based on what they thought you’d want to see. Again, Twitter claimed they were trying to be helpful. Critics argued it was just a ploy for users to engage with and stay on Twitter longer (which makes Twitter more money).
I was miffed some algorithm was deciding what I saw.

Besides the comments, there are those other little signals on social media that can end up skewing what you think of something: likes, RTs, faves, hearts.

And come to find out, a lot of these “one-bit indicators” (as Digital Minimalism author Cal Newport calls them) are coming from bots. Not from actual people. A lot of social media is fake. Hype.

I see the content I want to see.
Am I interested in everything Marginal Revolution puts out? Of course not, but instead of some stupid social media algorithm trying to predict whether I’ll be interested in a piece of content or not, I get to decide whether I’m interested in it or not. It’s nice being in complete control of my media consumption again.

I no longer see other people’s opinions about content before I consume said content.
When you subscribe to a site’s RSS feed, you just see the content. That’s it. There are no comments or social media feedback about that content. Instead of the hot take of some internet stranger tainting how I read something, I read it completely unfiltered and come to my own conclusions.
Reading content without the social media commentary is a way to practice self-reliance. Instead of relying on other people to help you figure out what you think of something, you get to figure that out yourself. You’re in charge, and being in charge of your opinions feels good.

I spend less time online.
AoM podcast guest John Zeratsky calls Facebook, Twitter, and Instagram “infinity pools.” They’re apps in which the content is continually refreshed, and thus has no “end.” You might use Twitter to follow some “thought leader” you enjoy, but besides the stuff he puts out, you’re also presented with all the comments that his followers append to his tweets. There’s a constant stream of new content and commentary on Twitter, and as our brains desire novelty, that makes the platform massively appealing to check over and over again. You’re never done reading content on social media.
Now that I just consume my content via RSS or email, I’ve found myself spending less time online. You just read the article and you’re done. There’s some finitude to it.

I rest easy knowing that social media companies have less data on me.
Social media companies don’t charge you money to use their services, but that doesn’t mean the services are “free.” Instead of exchanging money, you hand over gobs of personal and private information about yourself, which allows social media companies to sell ads targeted to your personal dossier.
What’s more, these companies (particularly Facebook) have a lousy track record of keeping your private information private.
The rugged, individualistic, keep-out-of-my-business side of myself treasures his privacy. I like for other people or companies to not know what’s going on in all facets of my life. While I’ll likely never be able to completely eliminate my digital footprint, reducing my social media use can significantly shrink it.

I’m happier.
One of the things I’ve noticed about not using social media is that I just feel happier.
First, because I’m spending less time online I have more time to do things I enjoy in real life.
Second, because I don’t see the opinions of the masses on RSS or email, I don’t expose myself to all the negativity that plagues social media. I’ve noticed I’m less pissy the less I’m exposed to the low-grade fever of anger that constantly brews online.
Third, social media can really skew what your brain considers important. If everyone on Twitter was talking about it, it had to be important, right? Not really.
Now that I’m off social media, my brain’s bandwidth is no longer clogged up with all that faux-important social media garbage. My attention is focused on the stuff that’s really important: family, friends, health, spirituality, and of course, barbell training.

Who doesn’t want to be happier?
So the best use of our time, is probably to quit social media.
How then to keep up with things that interest us?
With old fashioned tools.
Email & RSS readers.
Subscribe to interesting newsletters, (cough, like mine, cough)
Use a feed reader to keep up with interesting sites.

Algorithms control what you see, and as what you pay attention to becomes your reality, algorithms create your reality. If you want to program your own reality, rather than having it programmed by corporate computer coding, then escape the algorithm, escape social media, take the training wheels off your online content consumption, and ride it in a more direct, autonomous, liberated way.

P.S. The whole article, is well worth your time!
P.P.S. After reading this, don’t you think, you need to forward my mails to your friends, and tell them to subscribe? :)

Some weeks, you feel like you go through the motions.
This was not one of those weeks.

Made a small breakthrough that helps me now remember words faster, when I add images to my app.
Now in addition to the images for the word, I also add an image that might help me remember how the word actually ‘sounds’.

For example, this is word I have to learn. Singe.
Singe is monkey, in French.
So here’s a monkey … of sorts. 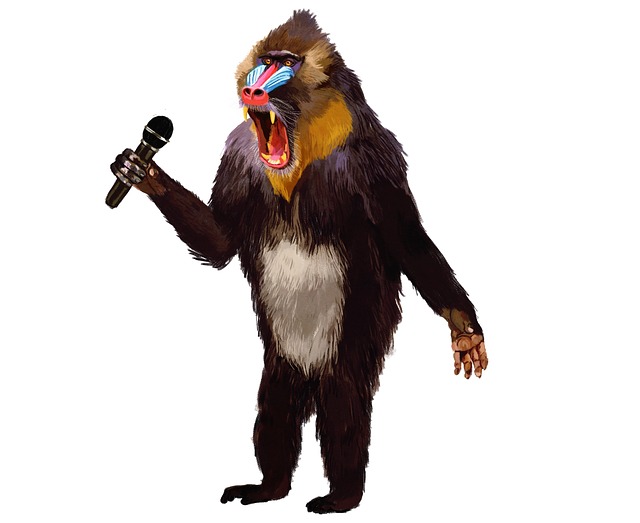 The thing with ‘this’ monkey though is that, he’s singing.
And my brain goes … hmmm … singing monkey … singing … sing … Singe!

Will do this with all new cards now.
And the old ones that I find hard to remember.