Every time I update my Pi, whether it be an kernel update or due to something goofy I do, it refuses to be accessible via ssh after it boots back up.
And everytime I bring it back to my desk, it just works.
And when I put it back into its niche, by the door, it continues to work.
But inevitably, sooner or later, comes a reboot, and we’re back to being inaccessible.
No ssh, no plex, no network.

Stuff for future Jason to take note, when he tries to redo his Huginn instance …
I wanted a quick and easy way to install it, without messing up my base system much, so I chose the Docker route.
Now, I don’t know the A or D of Docker, so these quick notes for me to remember in the future.

Ok, I’m a day late, but hopefully not a dollar short1 :)
This work letter is going out to all of you my friends, because there’s not much technical stuff in here.

And because I have a spot of good news to share.
I got a jobby job!
I’ve been trying the past few years, to switch my career to something that wasn’t as taxing, as consulting on hardware and networks and integrating systems.
While I loved the work, it was a lot of work, for not enough money and it took a toll on my physical health.2
So writing software from the comfort of my home, is it.
And two weeks in, the team’s taken me under their wing and they are guiding me along and I’m loving it!

And now that’ve gotten all that happy Wheeeeeee! out of my system, on to our letter :)

It’s way past our anniversary on the 10th of September.
But that day was filled with togetherness.
And the days before and after were filled with all sorts of madness, both personal and professional.

Dear Abby, it’s been a decade.
And it’s flown by us like a quarrel of sparrows.
Here now, and vanished in the next instant.
And yet when I look back on it, we’ve been through so much.

You know me more, than I know myself by now.
Here’s to, till death do us part.
I love you.

And like the poet says in his Dark Sonnet

I really don’t know
“I Love You” means
I think it means
“Don’t leave me here alone.”

So I do this peculiar thing, where I prepend the author’s initials to the title of every book I add to Calibre.12

And all these years, I’ve just been manually editing the metadata, everytime I added a book, and changing the titles to what I want.
It’s not a problem if it’s just one book, but I normally tend to go hogwild with authors, normally buying out / downloading all their work.
And now that I’ve learnt the basics of the hammer called regex, I wanted to see, you guessed it, if there was a way to quickly do this using regular expressions in Caliber, which has inbuilt support for regexes.

I run pretty often into this issue, so this is a checklist for me.
Issue being, that I cannot use Compose key sequences to type out the characters I need.

Case in point being, the apostrophe ’ and the quote marks “” , ‘’ that I use, all the live long day.

This should do the trick 99% of the time.

Will update this page whenever I come across something regex, that I love.

I’ve been job hunting for nearly a year and I was resigned to the vagaries of the interview process.
Close to 16 interviews later, I was inured to every possible rejection note under the sun.

I understand it’s a process, that everyone goes through, but I somehow still held hope that someone would inject some humanity into what seems to be a pretty inhumane process.
And Scrollstack was exactly it.
While I still haven’t asked the powers that be, why I got in, their process of treating people humanely is what attracted me to them.
They wanted me on, and I’ve joined up as a Software Developer.

And ofcourse, would a guy who loves writing, love to help build tools that helps folk write? And earn, while we’re at it?
Does a bear shit in the woods?
Hell, yeah!

Here’s to upwards and onwards!
And Scrollstack, you have my undying gratitude for helping me start a new phase of my career. 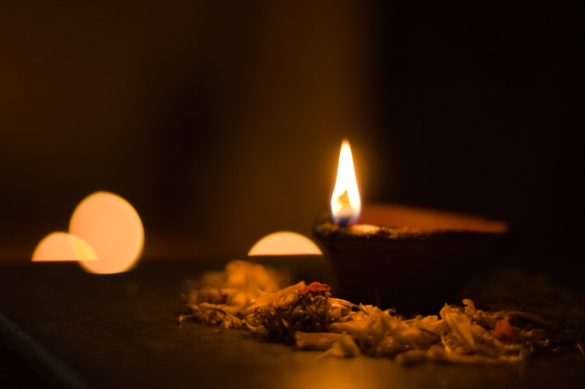 A small ask of you, to begin with.
Like I wrote in the past, I don’t have any sort of tracking in these mails.
There are no ads, nothing to push. Just a labour of love.
So I have no idea whether these posts resonate or I’m just howling into the storm that is your inbox.
If you like it, hate it, agree/disagree, write me :)
All I get to see are a couple of folk leaving, every once in a while, and my list, my tribe in fact is really tiny and it feels a bit discouraging.1

So share this with friends and ask them to subscribe and write to me and tell me how much you love the letters and make me happy :)
What is a festive season without a bit of emotional, tugging of the heartstrings? 😂

On to our letter!

Am using my rickety old laptop as my daily driver these days, because … reasons.
And now, that I run PyCharm alongside Emacs, alongside Chrome in its various incarnations, the poor old thing crashes, freezes and stutters a lot.
A cursory inspection told me that while I had plenty of CPU firepower, I was constantly running out of ram (8gb) and swap (1 gb partition).

Too broke to add more ram to the system right now (don’t even know if this thing will support 8 gb modules to push it up to 16).
So the only way to go, was to somehow increase the swap on my system.
This is the checklist for curious / researching Jason in the future.

Linuxize, has a pretty good guide on the commands and permissions involved.